WATCH THE FLIP SIDE TRAILER HERE!

Starring EMILY TAHENY, EDDIE IZZARD, LUKE MCKENZIE, VANESSA GUIDE - Directed by MARION PILOWSKY Mired in debt, Ronnie (Emily Taheny) is a struggling Adelaide restaurateur looking after her elderly mother and living with good-hearted boyfriend Jeff (Luke McKenzie). Five years ago, while catering on a film set in Australia, she had an intense affair with British movie star, Henry (Eddie Izzard). Despite wild declarations of love, as the movie wrapped so did the relationship, cr 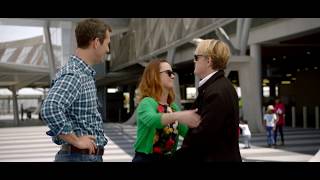 THE FLIP SIDE POSTER REVEALED!

Check back soon
Once posts are published, you’ll see them here.

2 In A Million moves to a new home.

Recipe For Love nominated for a SPA Award!

SPA's Ones To Watch

No tags yet.
bottom of page